Does Exercise Boost Your Immune System?

Get Out of Your Comfort Zone to Live a Bigger Life

Does Exercise Boost Your Immune System? 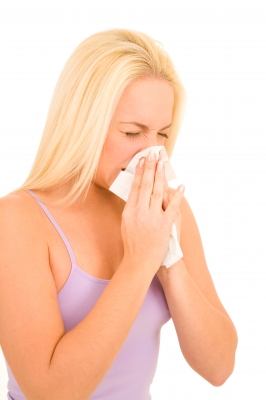 It has been a particularly bad flu season and many people I know either have colds or are getting over colds right now in Miami Beach. As a personal trainer, I commonly get asked about exercise’s role in boosting immunity. Does it or does it make you more susceptible to getting sick? The answer seems to depend on how long and how hard a person is working out as well as their health/fitness level.

What Does The Research Say?

This article in the NY Times goes over two studies that were done on rodent models (i.e. mice) to determine the effect of exercise on immunity to the flu. In the  first study, the mice were put into two groups:

After this three day period, both groups of mice were subjected to a flu virus. More of the mice who had run to exhaustion c aught the flu than the rested mice. They also had more severe flu symptoms.

In a second study, mice were infected with a particularly deadly form of the influenza virus then divided into three groups:

Okay, so that’s what happened with mice. What about humans? Basically the same thing happened…

Scientists in Taiwan compared the effects of two type of exercise in this study:

The test subjects were 13 males ranging in age from 20-24. Although they were otherwise healthy, the subjects had engaged in an hour or less of exercise per week for the past 6 months prior to beginning the study. in other words, these kids were out of shape.

What the researchers found was similar to the rodent studies above. The intense exercise produced more stress though via free-radicals and caused the death of neutrophils. Neutrophils are the most abundant white blood cells in our bodies and make up an important part of our immune system. Conversely, the regular moderate exercise improved antioxidant levels (glutathione) and delayed the death of the neutrophils (neutrophils have the lifespan of several days).

Before you jump to conclusions about what these studies mean, I want to put things in perspective for you. These studies don’t mean that exercising intensely is “bad” for your immune system. I’m a huge believer in intense exercise as a way to burn fat and improve your health. However, it has to be planned right.

What I “get” from the results of these studies is what I talk about all the time: exercise is a stress to your body. If you stress your body at the right intensity and recover from it, you get stronger. Or more endurance or whatever fitness quality you were working on. If you stress your body too much, you may be left with a suppressed immune system until your body is able to fully recover. If you are exposed to virus or bacteria during this time, your immune system may not be able to fight it off.

Here’s a great graphic to illustrate what happens to your recovery after an easy, adequate and too hard workout:

Although this graphic is talking about fatigue, you could just as easily view this as the effect that exercise intensity has on your immune system. If you send yourself too deep into fatigue, you may be more susceptible to getting sick.

What’s important here is that intense exercise differs from one person to another depending on their fitness level. In fact, I told one of my clients about the results of the study and he countered with the argument that if the test subjects did worked to increase their fitness over a longer period, the intense exercise wouldn’t have caused the negative effects. I completely agree. In the book Biochemical Monitoring of Sports Training by Atko Viru, many research studies show that as an athlete gets in better shape, the stress response to the same level of exercise intensity is decreased.

Another criticism of these studies is that I would have like to see the hormonal levels of the test participants. Especially the so-called stress hormone cortisol. We know that high levels of cortisol wreak havoc on the immune system as well as causing other negative effects on the body. We also know that cortisol is released during exercise. If you work out intensely or for a long period of time (or both), the higher level of this stress hormone will be found in your body.

In addition, cortisol is released during environmental stress such as heat or cold you are not used to. Many people blame getting colds on changes in the weather. Could the cortisol release from a change in weather during the winter be partly responsible for us getting sick? I think there is enough evidence to support that idea. Combining a change in weather with all the intense workouts that accompany people’s New Year’s resolutions – and all the other stress they are under – seems to create the perfect situation to get sick.

Enough rambling. So what does all this information mean for you, your workouts and your immune system? Here’s some take away points to follow during the flu season to minimize your chances of getting sick:

I haven’t had a cold or the flu in over a year. My clients who follow these recommendations either don’t get sick or recover quickly if they do. Try following those guidelines during the flu season and see if they keep you flu-free!

These are some quick tips you can use. I use a more in-depth approach with my clients and myself that involves technology like Heart Rate Variability to monitor acute levels of stress to make decisions about what type of workout I will do and special supplementation. If you’d like more help than what I offer her, contact me about my personalized program design or personal training if you are in the Miami Beach area.

Ted Talk 152: I Followed a Low-Carb Diet for Over 10 Years. It Was a Mistake (And Here’s What I’d Do Differently)

497: What’s The Best Diet For You with Ted Ryce

Ted Talk 123: Why You Shouldn’t Eat Clean to Lose Fat (And What to Do Instead) with Ted Ryce