How Norway Is Destroying Your Health And Poisoning Your Sushi

How Norway Is Destroying Your Health And Poisoning Your Sushi 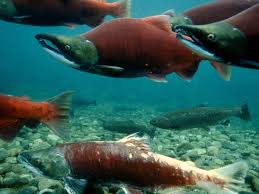 You sit down to a nice salmon dinner triumphantly thinking, “Hey, now this is a healthy meal!” In a clean environment, salmon -and fish in general – is one of the healthiest foods you can eat. It is high in protein and omega-3 fatty acids DHA and EPA – critical nutrients for losing weight, improving your health and looking good naked! Unfortunately, because of the pollution and Norwegian run fish farms, you simply cannot assume that the fish you’re eating is good for you or even safe.

Why wild salmon is superior to farm-raised salmon

Wild salmon is one of the best foods you can eat:

Omega-3 fatty acids are considered essential because they cannot be made by the body. Benefits of omeg-3 fatty acids include reduced inflammation, improved immune system function, as well as improved insulin sensitivity in muscle cells and decreased sensitivity in fat cells. All very good things! For more information about omega-3 fats and their benefits, check out my article here. 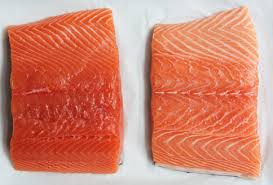 3. Good source of antioxidants like selenium – Notice the deeper orange-ish color of the wild salmon on the left. That is an indication of more nutrients just like in vegetables. Contrast that to the pale color of the farm-raised salmon on the right. You get more nutrition for your money with wild-caught salmon.

4. Less toxins – Wild Sockeye salmon in particular is better because it only eats plankton – not other fish. That means there is less chance of ingesting toxins like mercury not to mention all the toxins that are used in farm-raising fish.

Farm-raised salmon is detrimental to other salmon, ecosystems and possibly our health. Here’s why:

1. Fed low-quality feed – As I mentioned above, the health of salmon is very dependent on what they eat – just like us! Farm-raised salmon are fed grains – like corn and soy – as well as poultry litter. The corn and soy most likely have some GMOs (another controversy unto itself) and the poultry litter…hmmm, how do I say this… has chicken shit in it. Not. Good. 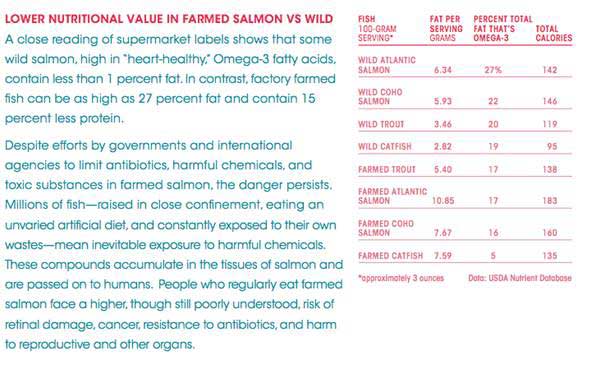 4. Possible contamination with parasites – Now in 2013, Russia is threatening to ban Norwegian salmon (from their farms in British Columbia) because they found larvae and parasites after conducting laboratory tests on them. That’s not only unhealthy, it’s outright disgusting! Russia is actually Norway’s biggest client for salmon so that should put some pressure on them to “clean” up their act.  Read more about that here.

In Salmon Confidential, a documentary about the disappearance of British Columbia’s wild salmon, scientists determine that the numerous Norwegian-owned salmon farms are contaminating the wild salmon and killing them off. This is having devastating effects on the ecosystem and economy there.

The salmon farms are set up in the waterways where wild salmon migrate. Because of the poor conditions in the fish farms, diseases have developed and spread to the wild salmon that swim by. Scientists believe that Infectious Salmon Anemia Virus (ISA virus) is the primary culprit. It is the most lethal virus to salmon.

The ISA virus was actually first discovered in fish farms in Norway. At first they thought the virus was no big deal, but then it incubated and started to mutate with deadly results. And the virus has been spreading all over the world affecting salmon farms with devastating results to the salmon and economy.

In 2007, an outbreak in a Chilean salmon farm killed off 65% of the salmon and resulted in a $2 billion loss and over 25,000 jobs. Luckily Chile has no indigenous salmon to be affected by the virus. 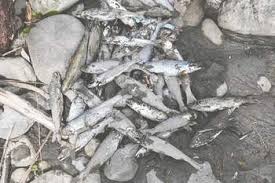 British Columbia is NOT in the same scenario as it is home to several different types of indigenous salmon.

OK so maybe you don’t care about salmon or salmon viruses but you may care about something called Zoonosis. Zoonosis is what scientists call the process of an animal virus transferred to humans. That’s home some experts believe SARS came to be. (Right now you’re probably wondering how the hell a personal trainer knows about something like zoonosis. Answer: I studied biology in university in between pumping my pecs up.)

So these irresponsible fish farming practices make the salmon many people buy (not you after reading this I hope) not as nutritious, potentially carries disease, and is destroying the wild salmon population as well as damaging the economy. And absolute worst case scenario is breeding a virus that may eventually affect human beings. All because some assholes are making lots of money and unwilling to spend it to tighten up their operation to protect your health. I’m all for capitalism and making money but c’mon! Really guys?!

What you can do and where to find quality salmon

Hopefully after reading this you are fired up and ready to take action in some form or another. No need to become a card carrying member of PETA, just become informed and make better decisions! (That way you won’t be arrested with a bunch of nuts who don’t believe in using deodorant because it has beeswax in it.)

Instead of performing a raid on a fish farm wearing a balaclava, follow these suggestions:

1. Vote with your dollars – The most powerful force you have in affecting industries is whether you support them financially or not. No money = no business = no salmon farms. It’s really that simple. Go out of your way to only purchase wild caught fish. It’s better for your health, better for the environment and you’re financially supporting the people who are trying to put out a quality product instead of a group of jackasses who are putting their bottom line above your health.

2. Ask your waiter – If you order salmon at a restaurant, ask your waiter if the salmon is wild or farm-raised. If you don’t trust their answer, refer to the pictures above. It’s pretty easy to tell the difference visually. I’ve had a couple of waiters attempt to pull one over on me so use your judgement.

1. Whole Foods – I don’t love everything about Whole Foods – like the recent cop out on GMO food labeling – but they do have quality wild salmon fresh and frozen. Of course the fresh is better but the frozen isn’t bad at all. (And I don’t like the taste of cooked salmon. At all.) 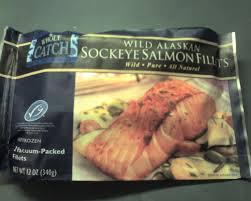 2. Online – You can always order it online as well. Good options are Alderspring Ranch and Vital Choice. By the way, I don’t have any agreements with either company so try these or another reputable brand.

So there you have it! If you’d like to learn more about this story, check out the documentary: Salmon Confidential.