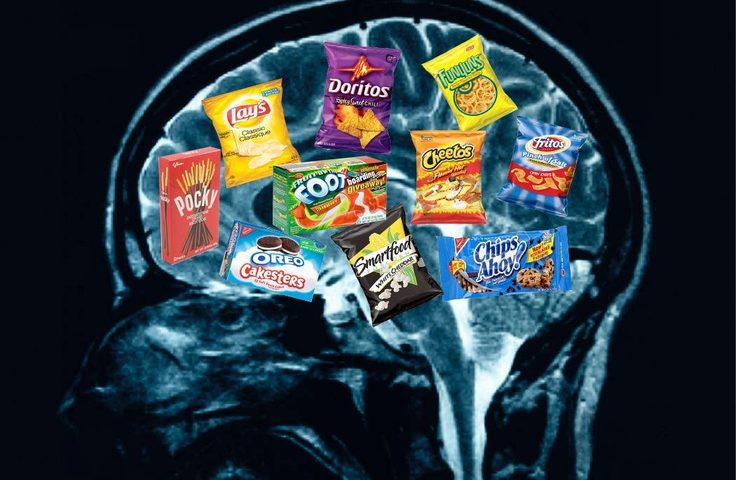 Turns out, there’s a scientific reason why you’re elbow-deep in the office candy bowl every time the pressure hits. Read this article to understand food cravings, how your brain is wired to eat, and what to do about it.

The biggest thing that we must deal with when it comes to maintaining a healthy lifestyle and good eating habits is resisting the daily temptations. Especially when food cravings hit us.

And the truth is that most of us fail.

The reality is this…

One-third of the world’s population is overweight with the U.S. leading the way.  In fact, 2-in-3 Americans are either overweight or obese. 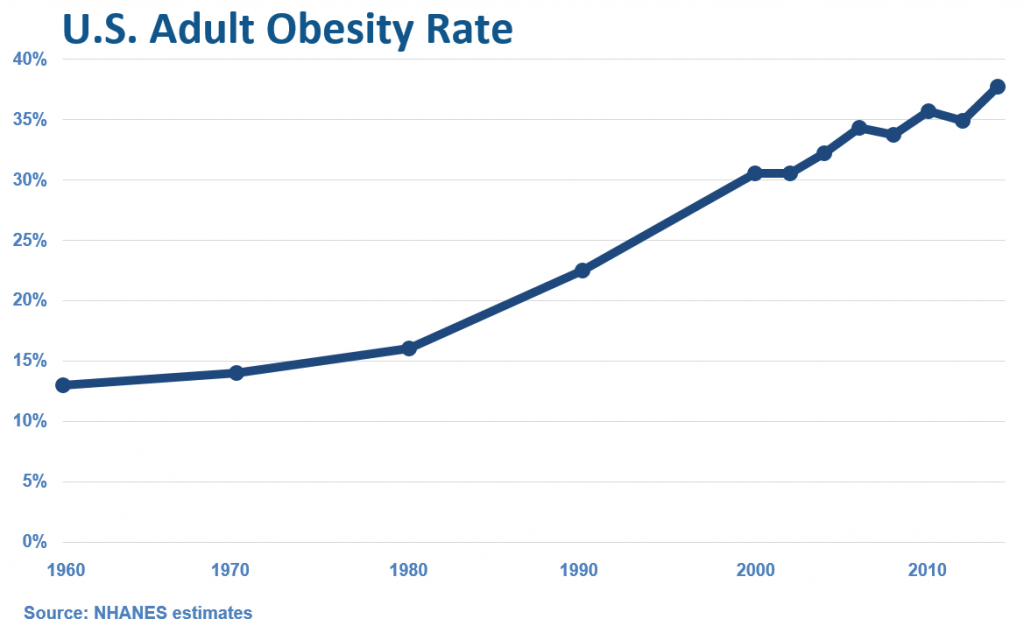 Numerous reasons have been proposed to explain why this is happening. Some of them include:

Although these reasons may explain the mechanism, none of them offer a big picture perspective of “why” we see these trends in human beings. And why do they happen at a much higher rate in modernized societies?

First the good news: it’s modern life that makes us fat, not laziness or lack of moral strength. So don’t be so hard on yourself. Now the bad news: there’s no “silver bullet” to make us think again, nor any master plan for turning back the tide of obesity.

So, keep reading to understand what you’re up against…

For the majority of human history, we lived like hunter-gatherers. And it’s been well established that as people move from natural-living cultures to modernized lifestyles, the rates of common Western diseases start to increase. Obesity and weight gain also increase.

We don’t even have to go back to Paleolithic times to envision how much life has changed here in the US. In 1890, over two-thirds of the workers had manual labor jobs and nearly half of them were farmers.

Even more importantly, there wasn’t easy access to food like we have now. There weren’t any 7-11s fully stocked with high-calorie junk food. There were no vending machines full of processed treats. There was no UberEATS delivery service with hundreds of restaurants to choose from. Getting and preparing our food took hard work and life itself was exercise.

Fast-forward to today where most of us sit for most of the day and our biggest workout is brushing our teeth in the morning. On top of that, many of us don’t cook our meals anymore (microwaving doesn’t count) and have stashes of calorie-laden food like pretzels, cookies, and crackers within reach of our desks and on our counters in our kitchens.

Even though this exponential increase in technological advancement has freed us of the difficulties of our pre-industrial past, there has been a price to pay for progress.

Why We Can’t Control Ourselves (The Science Of Food Cravings)

If nutrition is the answer for fat loss, why is it that diets fail so often? And why is it that we have such a hard time avoiding the foods that we know we have a tendency to overeat?

Before I answer that, I want you to check out these photos:

Here’s a photo of a glass of milk. Pay attention to how you feel as you look at it. 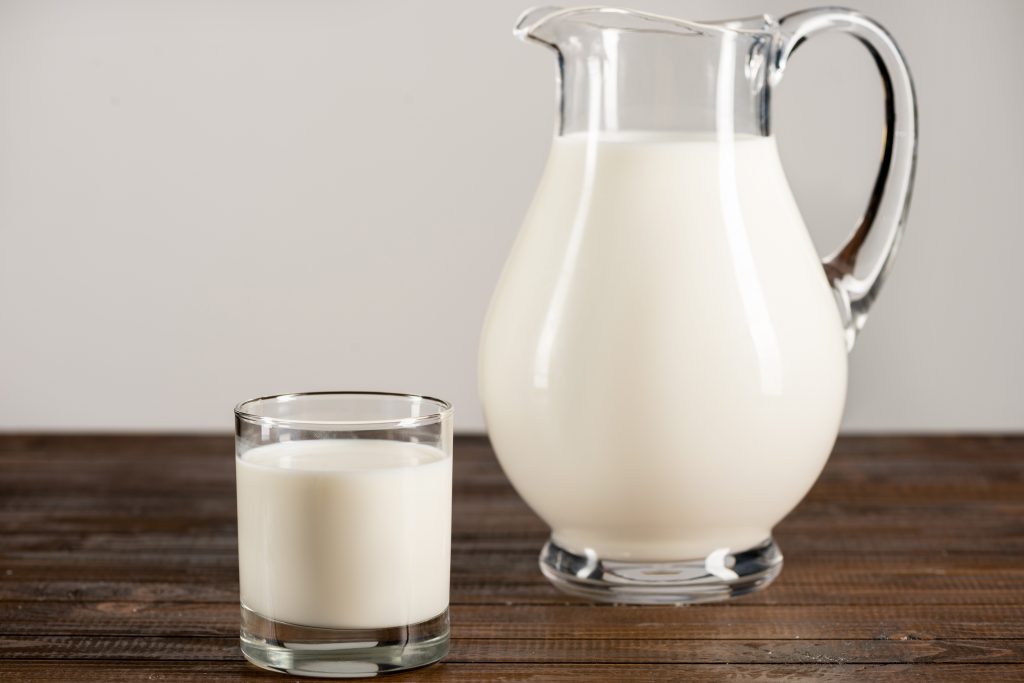 How did you feel looking at it? Rate your hunger, desire, craving, etc. on a scale from 1-10 and write it down.

Now check out this photo of ice cream and pay attention to how you feel: 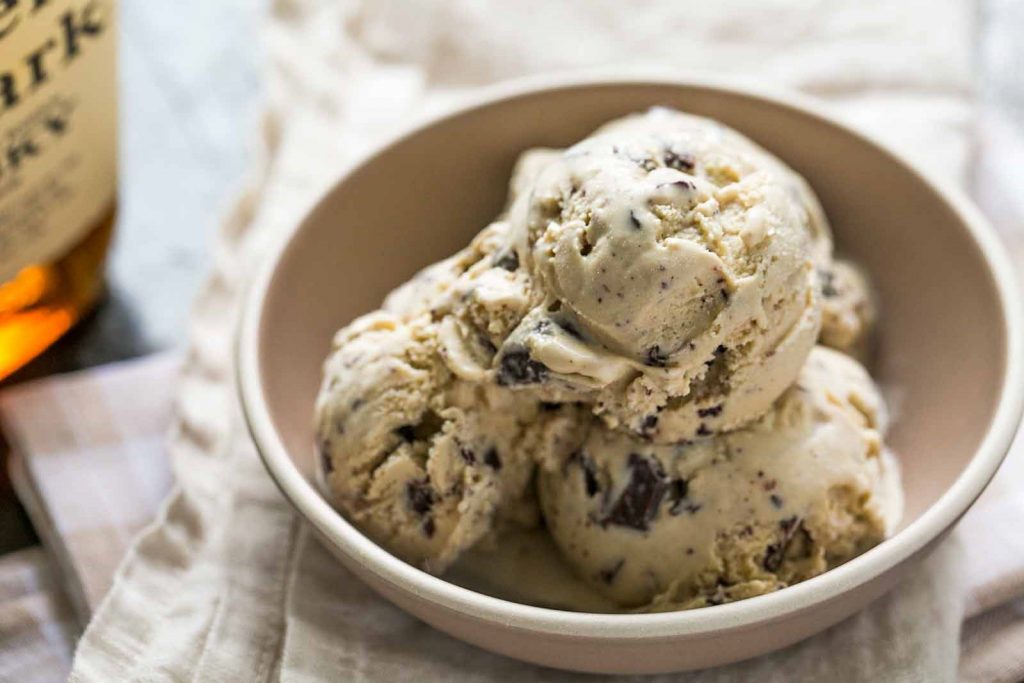 How did you feel looking at the ice cream? Rate your hunger, desire, craving, etc. on a scale from 1-10.

How did the glass of milk compare to the ice cream for you? Any difference?

Here’s a photo of boiled potatoes. Pay attention to how you feel as you look at it. Rate your hunger, desire, craving, etc. on a scale from 1-10 and write it down. 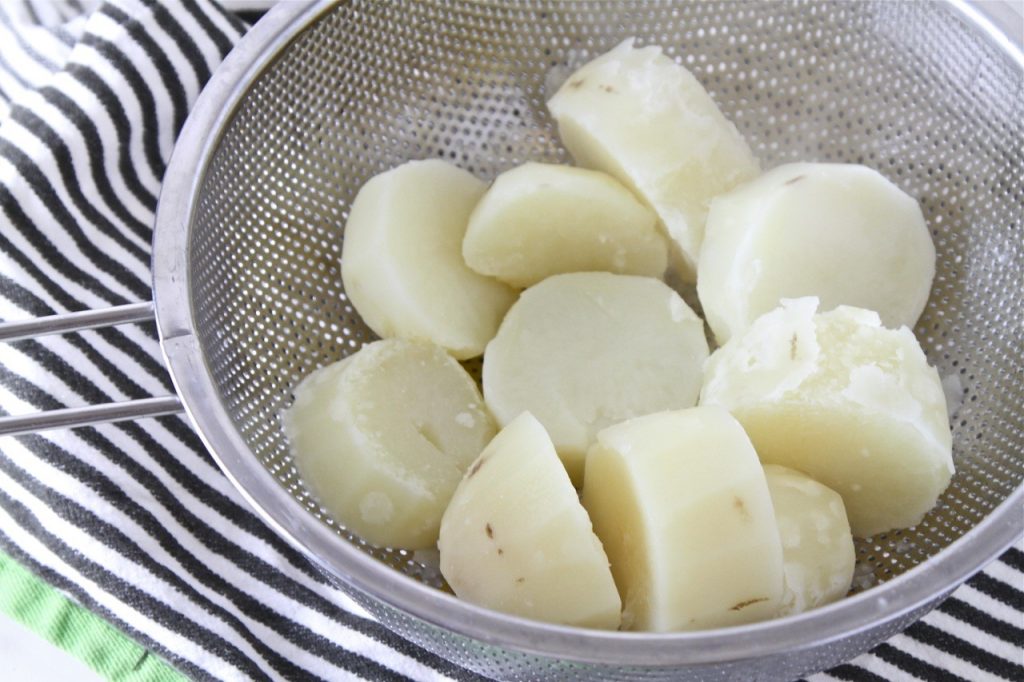 Here’s a photo of some French fries and ketchup. Pay attention to how you feel as you look at it. Rate your hunger, desire, craving, etc. on a scale from 1-10 and write it down

How did you feel looking at the French fries? Rate your hunger, desire, craving, etc. on a scale from 1-10 and write it down. 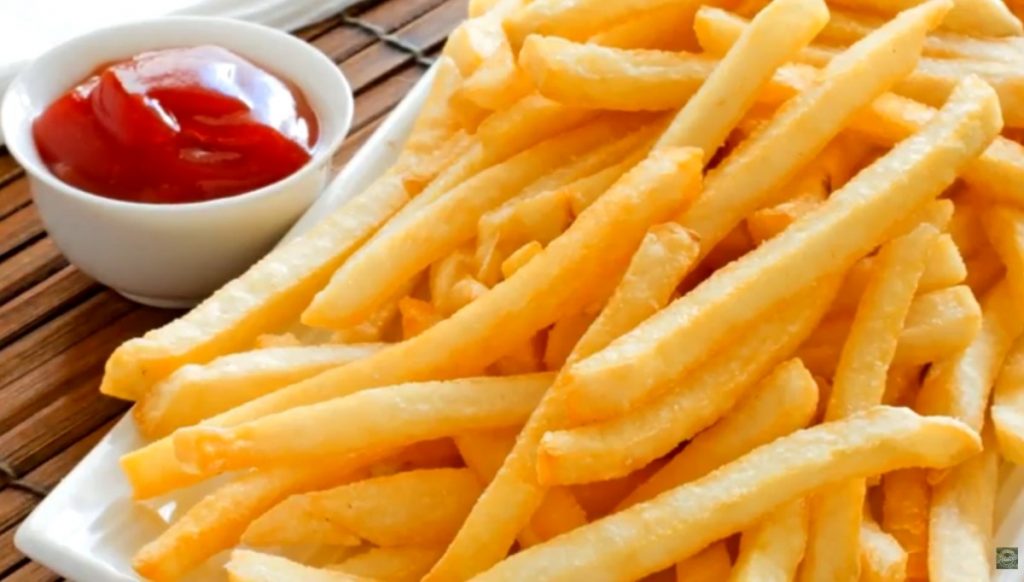 How did your comparisons go?

Did you notice anything different when looking at those two sets of photos?

What photo made you hungrier—the glass of milk or ice cream?

What about the boiled potato versus the fries?

It felt different to look at them, didn’t it? If you’re like most people, you probably didn’t feel much when you looked at the glass of milk and boiled potatoes.

But when you looked at the ice cream and French fries, you most likely rated your desire higher. Your mouth may have even watered a little bit. Maybe you even started to crave the fries or ice cream.

If that happened to you, take comfort in the fact that you’re not alone. While looking at the ice cream photo, I could almost taste the creamy, frozen, sweet texture of it. In fact, I’ve felt the urge to go to the Italian gelato place near my house and get some.

That’s what a food craving is.

A food craving is scientifically defined as:

“A state of heightened eating motivation that is directed at a specific food.” 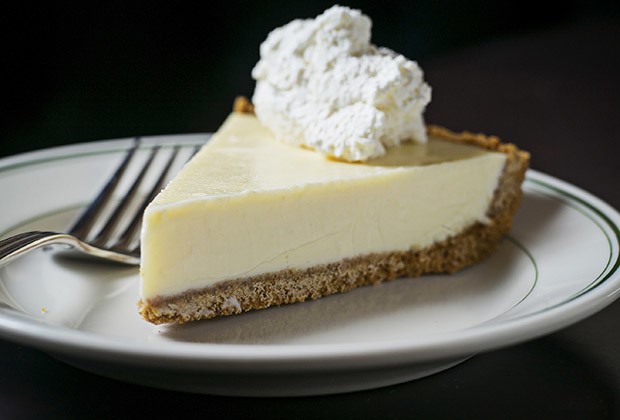 Why is it that we crave these processed, calorie-rich foods over the plain ones? Why don’t we crave kale and broccoli? Who decided that ice cream and French fries were more delicious?

The answer is your brain.

Your Brain Is Wired To Eat

You need food to survive and thrive. Without it, you’ll starve and eventually die.

(Google the word starvation and click on the images if you need a powerful reminder of what your ancestors faced before Whole Foods and Costco.)

Your brain’s number one job is to keep you alive. Are you with me so far? Good.

Another important thing to consider is that it takes energy to get food. And I’m not talking about you mustering up the motivation to get off the couch and find something in the refrigerator.

I’m talking about hunting and foraging—which were the methods that all humans used before the advent of agriculture in the Neolithic period.

In fact, natural living cultures like the Hadza in Africa and the Tsimane in Bolivia still get their food this way.

The issue with hunting and gathering is that it can take a lot of energy to do. If you spend more energy than you get from your hunt, then you’re in trouble. That’s all animals—including us—are wired to have what’s called an Optimal Foraging Strategy.

Simply put, an Optimal Foraging Strategy is about getting as many calories out of the environment while doing the least amount of work.

As I’ve been saying for years now, we’re all inherently lazy because it helped us survive.

What’s this have to do with food cravings? Well, I’m glad you asked.

Food Cravings Are All In Your Head (Literally)

Your brain is smart. Like “survival of the species” smart. So it has a system that it uses to determine the energy worth of food.

It’s worth the energy to hunt a good-sized antelope for 3 days because you’ll get enough food to feed people for days. But if early humans spent 3 days searching for a handful of berries, the human race would’ve died out long ago.

When you eat food, it goes into your stomach and eventually makes its way to your small intestine. Once there, scientific research has discovered that your small intestine has receptors (called chemoreceptors) that tell your brain about the specific amounts of protein, fat, carbohydrates, and salt (among other things) you’ve eaten.

Once that signal gets to your brain, it activates a part of your brain called the Ventral Tegmental Area (VTA). This is one of the key dopamine-producing areas of the brain and it connects with other key brain areas such as: 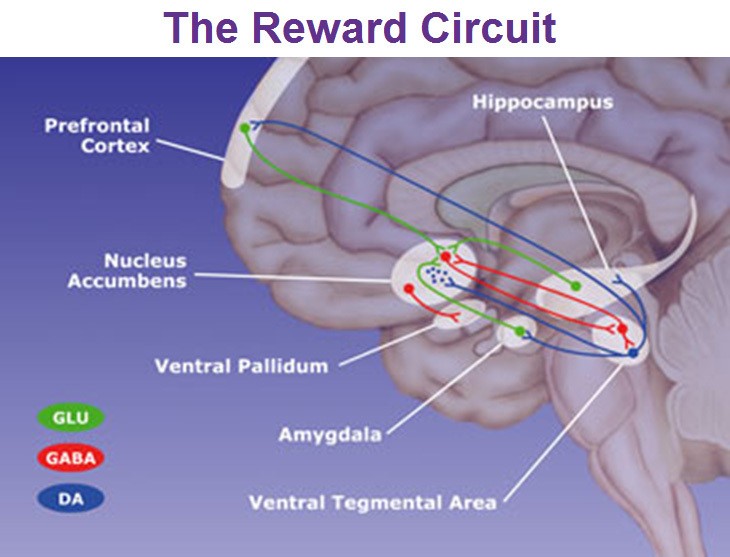 Particularly important is the connection between the VTA and the nucleus accumbens. The nucleus accumbens is intimately involved in producing motivational states—including cravings. Whether it’s sex, drugs, gambling, or Joe Stone Crabs’ key lime pie, this part of your brain is always involved in that process.

So what’s this have to do with food cravings? Glad you asked.

As we talked about above, once the signal from your gut to your brain is received, your VTA releases dopamine. Here’s the important part. Food that is super tasty (aka hyper-palatable) causes more dopamine to be released in your nucleus accumbens. This causes those cravings to become more intense. 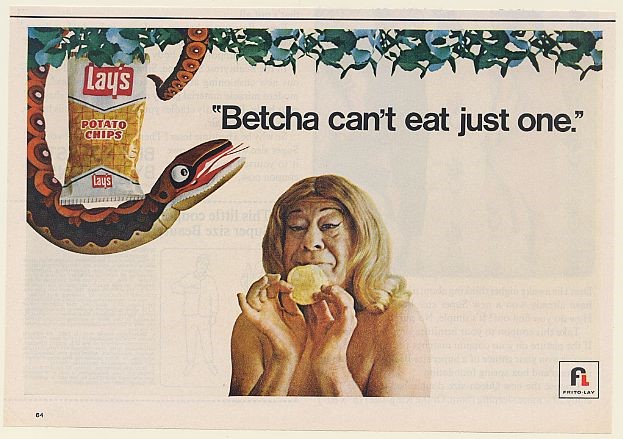 There’s another important part to this story. The second thing that happens when dopamine spikes high after eating some junky goodness are even more important. You learn that certain foods are more rewarding to eat than others.

So the next time you see or smell those foods that you find irresistible, your mouth will start watering and your dopamine will start spiking. In other words, you’ll experience a craving.

If it were just a one-time thing, it wouldn’t be that much of an issue. But since your brain remembers, you start getting triggered by the foods that you specifically have trouble controlling yourself around.

You Are A Survival Success Story

All this may sound pretty brutal if you’re one of the many people who struggle to control what they eat—especially when stress, sleep deprivation, or unhappiness triggers you to eat the foods that you’re trying to avoid.

There is one thing that I want you to keep in mind. You’re the successful result of billions of years of evolution. Your ancestors got through their struggle and you’re here today because of it. Keep that in mind when you feel like you’re cursed with food cravings and weight issues.

Also, realize that what you’re experiencing is a completely normal and natural response to help you stay alive. That’s why so many people are struggling with weight today. We all have the same basic wiring and the same access to hyper-palatable, calorie-dense foods. I’ve even been overweight myself. So don’t beat yourself up about it.

Being Fat Isn’t Your Fault (But It Is Your Responsibility)

There’s a trend in the fitness industry to tell people that it’s their fault that they’re overweight. And because of their moral failing, their health is suffering. It’s such an ignorant thing to say—especially with what we know about our genes, our hard wiring to seek out food for survival, our brain’s reward system, and the industrialization of the food system.

That said, it’s your responsibility to do something about it.

The most effective solution to your weight issue and the cravings to eat that caused it would be to move to Africa or Bolivia and live with the hunter-gatherers there.

While that may sound kinda crazy, I’ve had a guest who moved out to the jungles of Costa Rica to live a more natural lifestyle.

But most of us can’t or won’t do that. If that’s your case, then you’re going to have to find a way to make modern life work for you.

Like this show? Please leave us a review here — even one sentence helps! Consider including your Instagram handle so we can thank you personally.

In part 2, we’ll cover how to turn off cravings with 6 powerful strategies that you can apply today and much more. >>Read Now!

523: 3 Habits I Used to Achieve 10% Body Fat without Giving Up My Favorite Foods

Ted Talk 154: Ask Ted: What Is Your Recommendation for Alcohol Consumption and Fat Loss?