My Top 5 Ways to Stay Motivated For Exercise 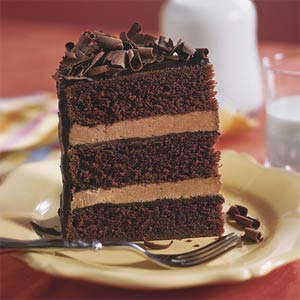 Yes, it’s true. Scientists conducted a study where they gave two different diet programs to a group of 144 obese people. Both diets  were low-carbohydrate and consisted of 1400 calories for women and 1600 calories for men. The only difference? One group got to eat a high-protein, high-carbohydrate, breakfast with a selection of cookies, chocolate, cake or ice cream for dessert.

The New York Times reports: “During an initial 16-week period, the average weight loss in each group was identical — about 32 pounds. But over a 16-week follow-up, people on the dessert-with-breakfast diet lost an additional 13 pounds on average, while the others gained back all but 3.5 of the pounds they had lost.”

The dieters on the desert regimen reported higher levels of fullness and maintained lower levels of a hormone called ghrelin, which stimulates appetite. Important stuff!

This is the first time in the mass-media (there are several research studies on it)that I’ve come across the all-important factor neglected by most dietary approaches: Nutrient Timing. It’s not just what you eat, it’s WHEN you eat.

This mirrors the advice I’ve been giving clients for years: To lose more weight, eat starches and sugars ONLY in the morning and after a workout. Why? Because you’re more metabolically active! That means that the calories are being used instead of stored around your waistline.

It’s also an important step because it goes against the the common saying that “it’s all about calories.” Our body’s metabolism is just more complex than that. Apart from the timing consideration, this study addresses the psychological aspect as well. By eating some dessert, the dieters were able maintain their weight loss while the other group gained some lbs back. Ideally, we would only eat a dessert as a once-in-a-while treat but many people aren’t ready for that. If you’re not ready give up your chocolate cake yet, this is a good step in the right direction.

If you’re a dessert lover who has trouble giving up the goodies yet still wants to lose weight, try eating your desserts after a good breakfast. I recommend that you eat your starches (breads, cereals, pastas, etc.) in the morning or after you workout as well.

Try it and leave a comment below to let me know how it’s working for you.