Why Negative Thinking Is a Good Thing

Top 5 Mistakes That Limit Your Results in the Gym

5 Things Self-help Gurus Should Be Telling You

Why Negative Thinking Is a Good Thing 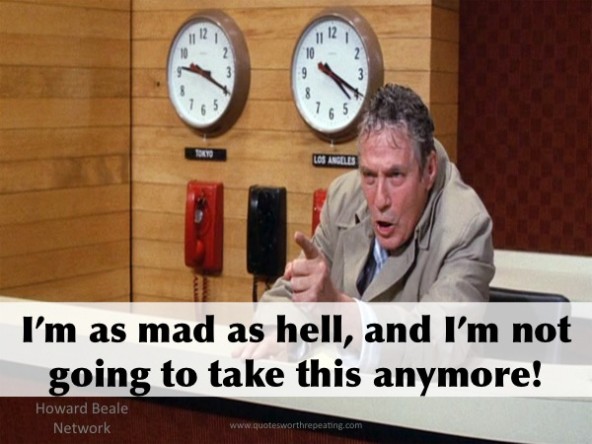 I’m all for having a positive outlook but a lot of people take it overboard. Telling yourself that you’re life is awesome when you’re unhealthy, overweight, and working in a job you hate is being delusional – not positive.

While you should be positive about the opportunities that exist in your life and your ability to make your goals happen, many people end up using it as an excuse to not take action. Because if everything is great, why try to change it? “It could be worse” is no reason to stay in a job you hate or to be in any relationship that doesn’t fulfill you. Be positive but also be honest with yourself when you evaluate your situation.

The Power of Negative Thinking

What do I mean? I’ll give you an example. Before I got into the fitness business, I worked in a job that I hated. I was 21 years old and just out of school. I moved back to Miami and found a job working for a receiver. If you’re not familiar with receivership,  it’s basically when a property is in some kind of legal dispute. The receiver is the person who gets paid to run the property while things are worked out in court. I was the guy the receiver hired to run a property in a really bad area of town in Miami.

This is literally the type of area that you’d see on the news because a tourist would accidentally wander into it and end up getting robbed or shot. I actually had guys from a local church to help protect me from exactly those things during my first months there. My boss told me I had to make sure I was out of there by sundown to avoid trouble. I had cash on me all the time from collecting rent and cashing government checks making me a prime target.

I was jobless and needed the money so I did it. Not surprisingly, many of the people in the property were down and out. I did my best to help them out because that’s the type of guy I am. I remember one guy coming into my office and said that his older brother, who was the breadwinner in the family, got arrested so they were going to be late on paying rent.

When I said I would do what I can as long as he worked hard to get me the rent money. He broke down crying and hugged me. And this was not a wimpy guy. He was tough looking and muscular. It was like he felt no one gave a shit about him or his problems and he was so shocked that I would help him that his emotions came pouring out. And he did end up paying and was never late on rent again while I was there. Although I felt good about helping people out there, I was thinking I was way in over my head.

Another thing I had to do was to make sure the empty apartments were cleaned up to be ready to rent. I don’t know if was squatters or previous tenants, but some of the places were trashed beyond belief. I mean completely disgusting, roach-infested, garbage-everywhere trashed. To save money, my boss had me hire local crackheads to clean the places instead of a professional cleaning service. I don’t know how many crackheads you’ve ever dealt with – it was none for me until I got this job – but suffice it to say they’re not easy to deal with and they’re always trying to run off to get high instead of finishing the what you hired them to do.

I also had to serve 3 day notices to pay rent. The sheriff is the one who comes to serve an eviction notice but tenants receive a 3 day notice from the property manager first. And I was the property manager. One time I knocked on a man’s door to deliver the 3 day notice, he got angry and stepped in my face. I tried to say I was just doing my job but he knocked the paper out of my hand and was ready to start trading blows. I was shocked and just stood there not sure what to do but ready to defend myself if I had to. Luckily one of the guys from the church stepped in and talked the guy down.

I made an effort to do a good job while I was down there but it was taking a toll on me. On top of that, my boss was a complete asshole. I still remember his name: Allan. Allan is the type of guy that we need less of in the world. He enjoys having power over people and enjoys psychologically torturing them if he sees any weakness. If he sees a way to push you down to bring himself up, he’ll take it. He wasn’t a leader – he was a bully.

When I told him that I was smoothing things out with the people over there and helping them out, he proceeded to yell at me. He mistook my compassion for weakness. I got angry and started yelling back. His face suddenly broke into a malicious smile and told me to give no quarter when I got back to the property or I’d be fired. I got up and left. Still seething with anger from our interaction, I went home.

Every day after work I would come home, hit the gym, eat, then start drinking beer and smoking weed. The drinking and smoking may not be too shocking for a 21 year old guy living in a party place like Miami Beach. But I was getting drunk and high to escape my unhappiness with my job, not to have fun. And every day I came home, I smelled like the ghetto. It smelled like garbage and mustiness from an old, neglected building. But I still kept my job and went to work every day even though I was drinking increasing amounts of alcohol to deal with it.

Just as I thought my situation couldn’t get any worse, I was informed that there was a legal problem so I would not be paid for the past couple of months. However, they wanted me to continue to work. That was the last straw. I quit. I didn’t know what I was going to do but I couldn’t do this job any longer.

Portrait of the Trainer As a Young Man

I wasn’t sure what I was going to do at first, but I had to do something fast. I didn’t have a lot of money and I out a few months pay. I remembered seeing an add for a personal training certification. I had also met some personal trainers in the gym I worked out at and talked to them about it. I get to wear workout clothes, hang out in a gym all day, help people get in shape AND get paid for it? Sign me up!

I took what I had left in my bank account and spent it on getting certified. Then I called different gyms to set up interviews. I got hired at the first place I interviewed at: The Eden Roc Hotel and Spa in Miami Beach. And it was beautiful gym with all this great equipment. It was a few floors up and it overlooked the ocean and amazing hotel pool. (All the attractive women that worked out there didn’t hurt either).

Being a clueless 21 year old guy, I showed up to my interview in a tank top and warm up pants. Luckily I was in great shape in spite of all the drinking I was doing (ah, to be 21 hahaha) and I was passionate about exercise. I wasn’t that professional but I must’ve made an impression. I took a chance and made it happen.

Although I thought I was hired to be a personal trainer, when I actually got to work for the first time I was informed that I would be a gym attendant wiping down sweaty cardio machines, putting weights back on the rack and attending to the gym members. I wouldn’t be allowed to train people for two years. I was so happy to be going to work in a place like the Eden Roc that I didn’t care. I would get there first thing in the morning, turn on the music and just think to myself, “Wow, this is awesome!”

Even though I wasn’t allowed to train people for money, my boss didn’t say that I couldn’t help people with their workouts. So I began training people for free. I would show them new exercises, workouts and how to use better technique. I didn’t care about the money. I loved doing it regardless if I was getting paid or not.

Word got around that I was helping people and doing a great job. People actually wanted to hire me but they couldn’t. My boss ended up letting me train people just after a few months of working there. Much quicker than the 2 years he initially told me. That happened because I was so happy to be there doing what I was doing. And even though I wasn’t getting paid for training people at first, I was getting valuable experience that helped me become one of Miami Beach’s most well-known trainers. And it all happened because I quit the job I hated and took a chance. I eventually went on to do in-home personal training in Miami Beach and working for myself. The rest, as they say, is history.

Sometimes it isn’t positive thinking that gets us to take action. Sometimes is because we’re so angry and fed up with our current situation that we feel compelled to take action because we can’t bare to spend another day of our life in a crappy situation. If you hit bottom hard enough, you just might bounce back up. So don’t settle for less than ideal circumstances. Get mad. Take action!